Dogpatch Press is commissioning regular new banners — check out a gallery from past months. Along with the art, each artist gets an article with a goal to promote ones outside the USA. Last month, Magferret from the UK was featured with a spooky Halloween banner. Now, Mexican cartoonist Glasses Gator is here with an homage to Disney’s Frozen 2 to coincide with the movie’s wide release later in November. (We could have an American Thanksgiving theme, but this is for fandom. The only colonizing here is by love for talking animals that has no borders.)

(Staff:) Hi Glasses, can you give a little intro about yourself, where you live, and where to find you on social media?

Hi, I’m GlassesGator, I’m 25 years old, I’m Mexican but also 1/4 Chinese. I live around Sonora, and normally you can find me on Twitter as @Glasses Gator. I also have a DeviantArt and FA account but I kind of stopped using those for a while, been wanting to update but it will take me lots of posts.

On your personal profile, I found at least four different alligators* that look like your fursonas or original characters (OC). Do you consider yourself a scalie or a furry? 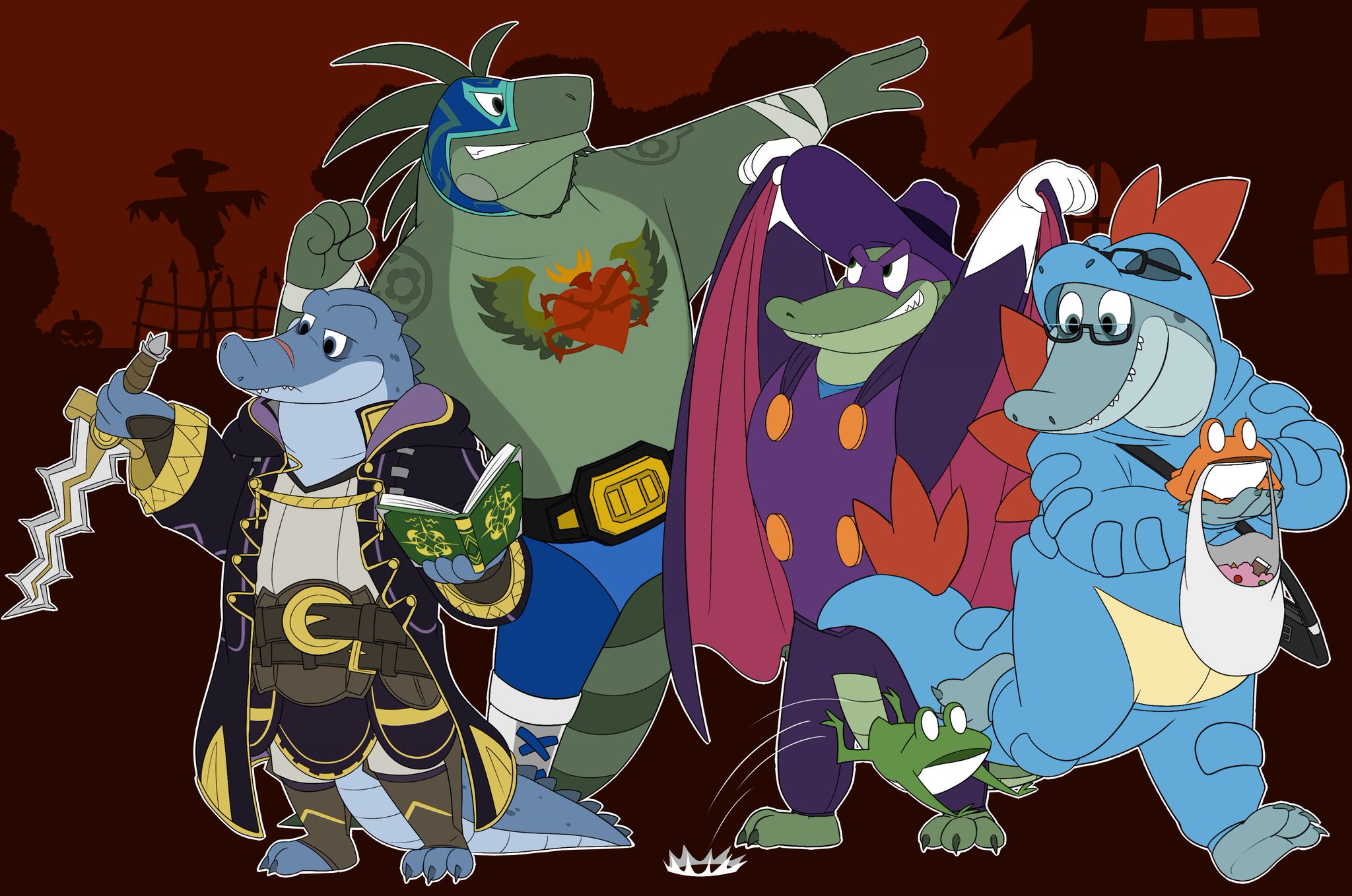 Well one is an iguana, and no, they aren’t my fursonas. The aqua colored alligator I consider it my mascot, I use him freely for anything and it pretty much represents my gallery and myself in situations (It’s more fun to me than humans in my opinion, making anthro animals expressive are easier than humans for me).

As for the other three reptiles, they are characters for three stories I’ve been working for years, they have slow development but still progress as much as I can. And no, I don’t consider myself a scalie. I simply have fun drawing cartoon animals, it’s easier for me than humans, and of course fun, pretty much it’s what works for me. Reptiles are my favorites of course but I also like other species.

Do you mostly do art in furry fandom, or somewhere else for non-furries? Do you do it for a living, or just sometimes for money, or for fun?

I can draw humans but I still need more practice on those, when I get time. So I don’t do art for any specific Fandom, it’s just art I choose to work on, and most of my commission clients happens to be furries, it doesn’t bother me though.

And it’s a mix of fun and money, and to show stuff I like and my original ideas. Drawing can be fun (and tiring at times). But I also need the money for expenses, and games of course. “For a living” — it’s hard to say honestly, I still don’t know what I wanna aim for exactly with my art.

I've been in a superhero mood for a while so here I drew some doodles of my Superhero OC, Victor!
These took me a while but I had fun doing these, nice warm up to return to art too!
Included a few special guests OCs from friends. pic.twitter.com/uPdP1qgjgn

Do you think we might have a chance to see you at any furry conventions? Are you interested in such events? Maybe as an artist/dealer?

Well I would like to go to some con someday, always been wanting to go to one, but they’re never nearby to where I live, so it would require expenses to go to a far one. As for me as an artist dealer, I don’t know, the idea sounds nice. But I probably feel too embarrassed to do it since I’ve never done such things, so of course I’d be reluctant. I wouldn’t mind going to a fur con as a regular goer because I might find some good art and other interesting stuff.

I do have a local friend who likes the concept of cartoon animals, but they live in another city not so far from where I am.

About the banner you made for the site, it’s clearly a furry parody of Frozen 2. Is there any other ‘furry’ parody you could imagine?

That pretty much depends, in my opinion. Like, if you’d tell me to imagine an anthro animal parody of the Legend of Zelda, then the obvious choice for Link is a wolf, and a boar for Ganondorf, and for Zelda herself any graceful animal.

So thinking of furry parodies can depend for sure. Some would be easy and some would be hard.

Is there anything you want to add?

Nothing I can think of, but thanks for the interview, I’ve never been interviewed in art related stuff, so it feels nice.