Where can a researcher start to invite furries for a survey? Well, it’s happened here before. Sometimes it means walking on eggshells about tricky topics. In this case, a researcher has requested to announce a survey not just looking at fandom, but sexual behavior in it. This comes with a message that “the furry fandom itself is not explicitly sexual,” and the research is inclusive for members who aren’t.

Experience says that it might get flak from furries who feel like it creates stereotypes. For them I encourage thinking about the point of sex ed in school. I like science, and know that studying or testing isn’t pushing something. If you want less stereotypes, this is how to replace them with facts. Of course it should be done professionally. For that reason, I got permission from the researcher to consult Furscience in case there was any reason to worry. Now I’m happy to help.

Researcher Ashley Brown sent this info, with a general FAQ to be as open as possible and address some of the more common questions about it.

THIS IS ONLY FOR PARTICIPANTS IN THE UK — but anyone can access the participant information sheet on the first page of the survey. It introduces the focus of the research, with advice about comfort, confidentiality, and where to go for assistance about it.

END_OF_DOCUMENT_TOKEN_TO_BE_REPLACED

The newest, international FurScience survey needs your participation. They will use the data to help the fandom and those outside it to learn more about it. They have been doing surveys for years, and this is their largest and most ambitious one yet. They’re hoping to blow previous records out of the water by getting 10,000 furries worldwide. At the end, results will be available to all, and it’s sure to prove fascinating for anyone who’s curious about what goes on inside the fluffiest fandom. Please spread the word about it to other furries you know!

This is a great time to help increase knowledge, with conventions hitting record attendance. In December 2017, Midwest Furfest grew larger than any con before by a difference that equals a small con itself.  The more participants a survey can gather, the better it can represent them.  Furscience / IARP has brought data in the past that has immensely helped raise understanding about why and how people come together in this very unique group – a reason why the media is doing less and less mocking and taking more time to tell real stories. Instead of waiting for slower media to catch up, put some science in their faces to neutralize the clickbait. That’s just one reason to help, and there’s probably 10,000 reasons and more, one for every unique furry. So don’t wait, click that link!

Dogpatch Press publishes every week day with over 800 articles so far.  These got high traffic, dug deep to uncover a story, or they’re just personal favorites.

INTERVIEWS FOR FANS AND FURRIES: 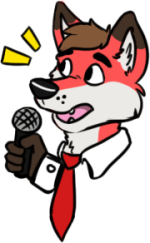 Makers and Doers make a subculture thrive. Whether they build it or feed it with stuff we like, they have valuable stories to tell.

Check his latest posts.  Fred is our star guest poster, with a long resume as fandom historian and reviewer.

FURSUITING, THE MOST FURRY ACTIVITY.

It’s the the most original fandom creation, with it’s own coined name.  Nobody does it like furries, and nothing else represents us so directly as “ambassadors”. Fursuiting is a booming cottage industry and makers are raising the craft until they’re envied by commercial mascot designers. Only 20% own this costly wearable art with scene-stealing glamor, but a picture is worth a thousand words.  It’s hard to deny their huggable appeal (representing the touch-based name of this subculture!) 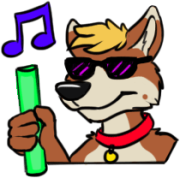 Since around 2010, furry dance parties are getting established as urban night life.  They build on the growth of cons, but take their own direction in partnership with established venues.  Howl Toronto says – Con dances happen once a year, and “that’s just not enough to fill the need!”

Furry creators are working fan-to-fan with self-sufficiency that even supports full time careers. Cons are expanding at a healthy rate.  Furaffinity is an independent project acquired by a venture-capital funded company.  It’s rising beyond a full-fledged subculture to possible commercialization.  How will it develop?

Fandom has hidden connections to a rich history of art and performance. A “museum of furry” could exhibit work that look like it’s from a parallel universe. Writer Phil Geusz calls it Paleo Furries. A “Panto-animals and Paleofurs” con panel could uncover hidden depth for what we love.

A THRIVING SUBCULTURE – PAST AND FUTURE.

There’s furry houses with multi-generations of fans. There’s a fur con somewhere in the world every weekend of the year. Here’s roots and coming opportunities for things that could be.

Media exploitation makes sensitivity about being in the spotlight, but it’s a chicken-or-egg relationship.  Rising recognition and appreciation brings power to negotiate and be better represented.

It’s one of the most creative fandoms because all the content is self-generated.  Sometimes it gets recognition in galleries and more.

Film and video can be more challenging than other media where furries thrive.  Other subcultures have developed enough to support independent film making. There have been a few attempts at furry features and some outside ones that come close. There are many fursuiting shorts (especially music videos) and animation student work. The holy grail might be a furry-made animated feature.

Furries have more influence than they even realize. Advertisers covet the street cred of subcultures. Disney winked at us with Zootopia.  Are there mainstream celebrities who are secret furries?  How do other subcultures overlap?

ANTHROPOMORPHIC POLITICS OF THE WORLD.

Acceptance is a big feature of furry subculture. It draws interests together, but nothing represents every member, because membership is self-defined.  Some interests get conservative disapproval. It makes tension between freedom and collective interest. It can involve prejudices, laws, or times for a social group to stand up for itself.

WHEN FURRY MEETS FURRY – “THE TOPIC THEY LOVE TO HATE”.

It’s not an urban legend – some furries get wild. But sex isn’t a definer.  It can be a family friendly hobby too.  Media hypes sex, but romantic themes are part of being human, and furries are just regular people with extra rich imaginations.  Being unusually open and expressive is required for an interest spectrum beyond the default.  It can cause controversy. It also makes first-time visitors call them the most friendly people you could ever party with. This blog is anti-prude and not shy about sex-positivity.

Furries have been punching-bags with sensational media exploiting them as freaks.  It can come from bias to only look for the worst in people. It can show stigma, shaming, scapegoating, or a streak of homophobia. But negativity doesn’t build anything, and that’s why it’s losing power with time. If you hear of “inherent” problems, look at the positive, expressive nature of the group.

Any community has crime, so it naturally happens with furries sometimes.  Most everything they do is harmless and positive, but rare problems can get sensationalized and it needs caution about bias.

THE REGULAR NEWSDUMP (phased out):

See the “Newsdump” tag.  These digest posts had curated links and “list worthy” small stories from around the web and the border between subculture and mainstream.  They gave a look at the state of the community over time.

Researchers from Northwestern University want Furries to answer their survey.

The assumed link of furries and sex is often made thoughtlessly by outsiders. It’s the topic furries love to hate.  But despite the attention, I’m told that no serious research has been done on this.  Sure, there have been surveys that ask blanket questions about sex orientation, or a selection of certain kinks.  But there isn’t enough broad knowledge for anybody to be fully informed.  That’s bad for two reasons.

First, common beliefs can’t be challenged or disproved without data. Second, if data does support some of these beliefs, then the topic deserves better understanding.  Objective answers reduce assumptions.  It can replace fear and rumor with real information.  Informed people make a more tolerant society.  There are more gay people in this subculture than general society – the reason isn’t clear, but their socializing has gained more tolerance with understanding.  Other questioned activities may be reconciled too.

Researchers from Northwestern University in Illinois are spreading a survey about these sensitive and murky topics. They intend to research relations between furry fan sexuality, and their identities and personalities. Their survey is on lesser studied aspects of this.

Disclaimer:  to avoid making bias, I can’t guess or tell specific aims behind their work.  Building studies and their methodology is out of my area, anyways.  All I can do is pick apart interpretation of statistics afterwards.  I did spend time talking with the researchers and emphasizing respect.  I told them to hold their cards and not tell me what the survey is testing, to prevent bias in sharing.  That leaves it up to you to choose how to respond.